Let’s transform your Sales & Marketing organization into a revenue-generating machine.

Bringing Your Positioning strategy to life

Chris partners with you to develop a positioning strategy that aligns your firm and attracts your perfect clients. He can help you identify criteria for identifying leads, clear direction on time and money spend, and your ideal target market. He can position your company to produce better margins with a relevant, differentiating position in your market.

Chris is ready to share his expertise in sales strategy with your company. He can help you implement a solid sales process and coach your team through what it takes to create a stronger win ratio for your business. Chris can lead your team through the process and show them the best ways to top your competitors.

Chris Gigliotti is a student of the Art of Leadership, and applies those lessons to his marketing and sales consulting practice.

After graduating from college, he served his country as a United States Marine Officer in numerous capacities, including Financial Management, Military Police, and Antiterrorism operations across the globe. While in the Marine Corps, he continued his leadership studies, earning his Master’s Degree in Management, with an emphasis on Leadership and Organizational Effectiveness. Chris graduated at the top of his class in multiple service schools and has earned numerous awards and commendations, yet will always count leading Marines as the single greatest honor and privilege of his career.

Since then, Chris has spent the past 15 years in sales, sales management, marketing, and business development. At every stop along his career path, he has earned recognition for his performance, including multiple President’s Club sales awards and military commendations. More importantly, he has demonstrated repeated success in driving organizational change resulting in significant and exponential revenue growth.

Having relocated his family to Northwest Florida, Chris enjoys participating in Obstacle Course Races, and serving his community by volunteering at his church as a security team leader, and coaching local flag and tackle football programs.

Most recently, Chris has been afforded the opportunity to once again lead troops, this time serving in the Army Reserve Special Operations with the 350th Civil Affairs Command. 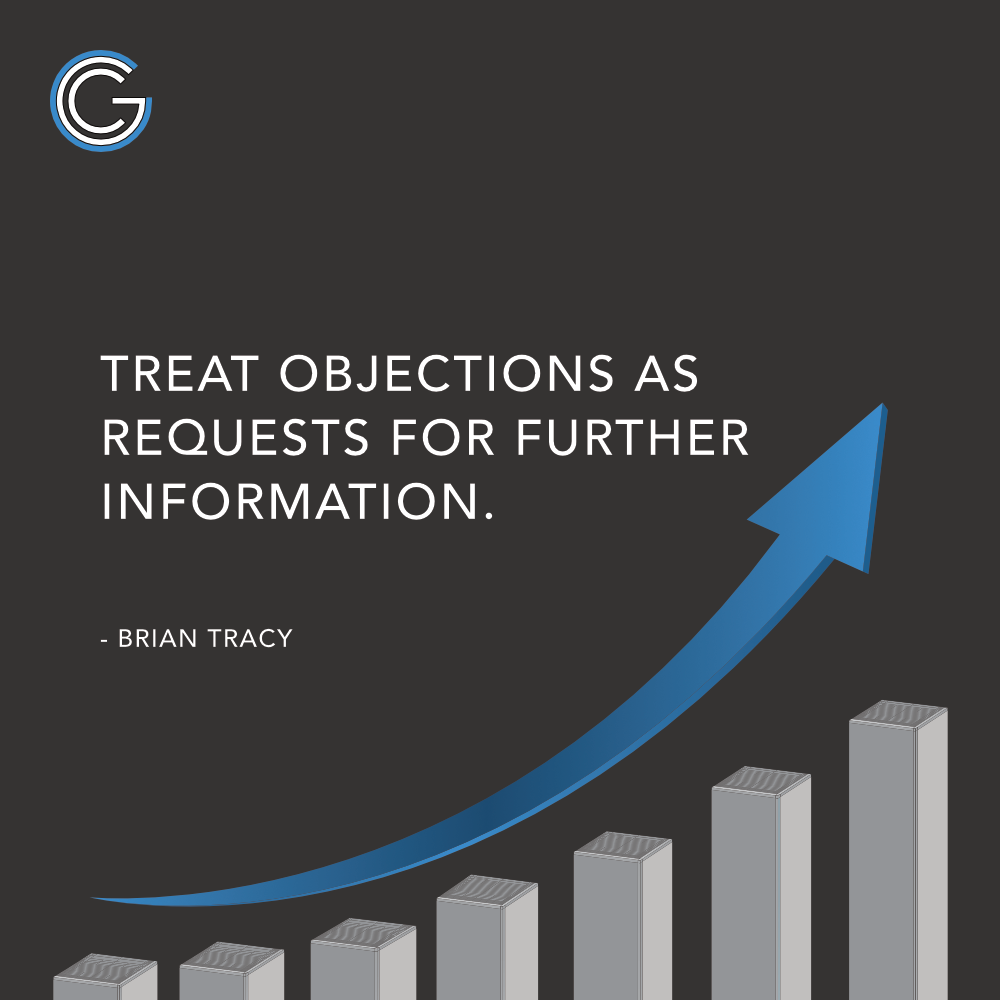 Many potential objections can be identified and handled during the Pre-Call Planning, Discovery, and Presentation phases of the Sales Process. Objections that do come up during the sales call should be treated with seriousness and care, and whether they are a bump in the road or […]
by CG
on May 25
Read more

How Can I Help You?

Want to have a live conversation?

Feel free to schedule a 30-minute Zoom meeting with me.

Use my Calendly to schedule a time that works best for you.